Dead Lake is released today!
Tricky is finally here! 😀
I'm so excited to be sharing Tricky's Tales with you all at last - although those of you that read my Mid-Week Flash pieces will already be familiar with this character. Her world is new to me, as is writing a series, but it's been a very enjoyable journey.
There will be two more coming, hopefully in 3 month intervals, so get ready.
And for the next 48 hours the price of this first novel is discounted to $1.99/£1.99
So grab it will you can.
DOWNLOAD HERE 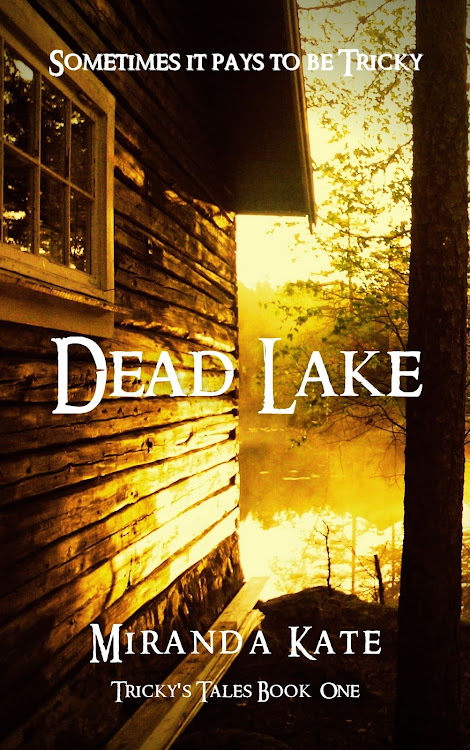 Sometimes it pays to be tricky

Damn and blast! That rancid piece of excrement, Carter, has had her ransacked out of Clancy!

Tricky returns to her cottage to find it turned upside down. An action that means she’s got three days to leave the district or face punishment. Randolf Carter, head of the district, is spreading lies and suspicion about her kind, making life difficult. But it wasn’t just an ordinary ransacking – they were searching for something.

Using her gifts, Tricky traces the energy left by the men and spies another creature’s energy among it: a jackdaw. Swift and wily, it’s pinched her precious gemstone, a piece of black obsidian. But at whose bidding? Communicating with birds is a rare ability and she knows all who possess it.

Tricky wants her stone back, but coming up against people like Carter won’t be easy, especially when he’s got one of her kind in his employ. But she’ll handle it, oh yes she will. She'll just have to be careful and a little bit tricky. Good thing she is then, isn’t it?

Adept at working with energy and time as well as communicating with trees, Tricky is lured into something bigger than ownership of a gemstone, and finds out that sometimes it pays to be a little bit tricky.Dead Lake, dark paranormal fantasy, is set a few hundred years from now in a post-apocalyptic world, after a massive shift of the tectonic plates has decimated the population and the land, life on the remaining landmass has returned to simple living, with money, rulers and religion no longer tolerated.

This is the first in the series of Tricky's Tales.